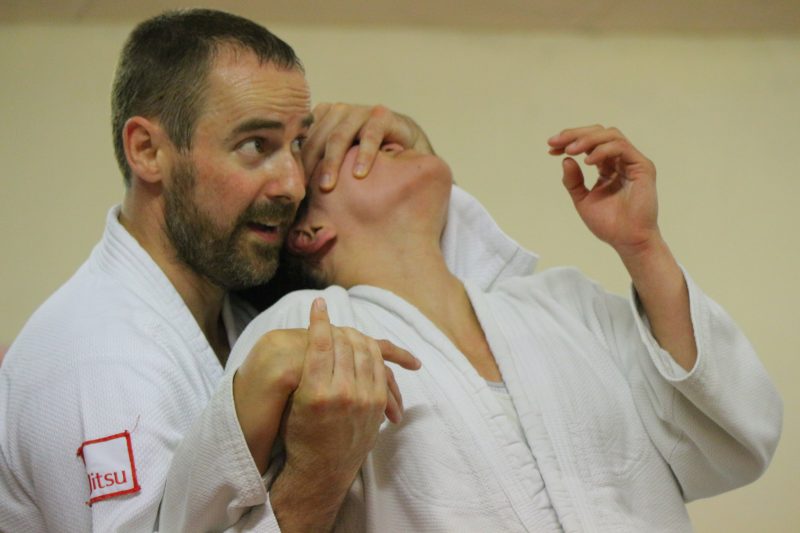 Simon Hewings started jitsu in ’94 at university as a way to explore martial arts, try to get fit and also push his physical boundaries since he was recovering from a childhood arthritis. To start with he was… well, fairly appalling was how his first instructor put it. Whilst this was a fair but brutal assessment at the time, Simon improved dramatically and now is senior to that instructor, having achieved his 3rd Dan in 2017.

Simon started teaching at University of Brighton Club in 2001 and still holds the club record for most screams from a single throw, most inappropriate comments, and thickest beard. Simon handed over to James in 2009 and now runs the Brighton Town Club when not popping in to support the Brighton Universities Club. Actually, the inappropriate comment mantle may have passed, may it also be passed on to Will.